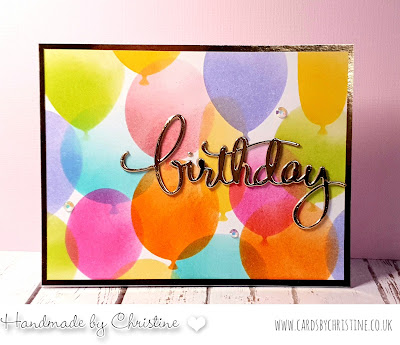 This is a card I've been meaning to make for a little while...  I've seen so many fabulous cards on Instagram with lots of balloons - but I didn't have the right stencil - so put it off.  But yesterday, I decided that as I had the MFT Big Birthday Balloons die set, I would create my own stencil... and this is the result!

I just diecut the balloons from cardstock and used the negative for the stencil..  ok, they're not reusable, but perfect for making a single card.

I used lots of different inkpads to give a really colourful effect..  then diecut the birthday word die in gold mirri card three times adhered together so it really stands out.  I finished with a gold matt around the edge of the colourful panel. 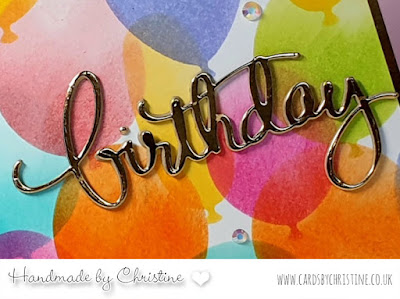 Hope you like my colourful make and that you'll stop by and say hello.. 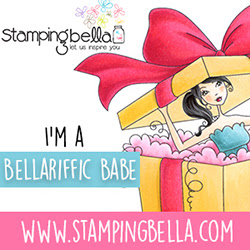