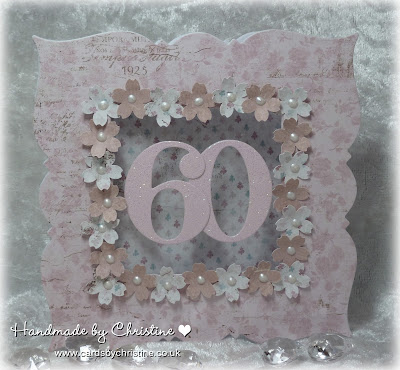 Well I've had the idea of doing this card for a while... and when I got my Go Kreate Die last week from The Hobby House... I just had to give it a go! 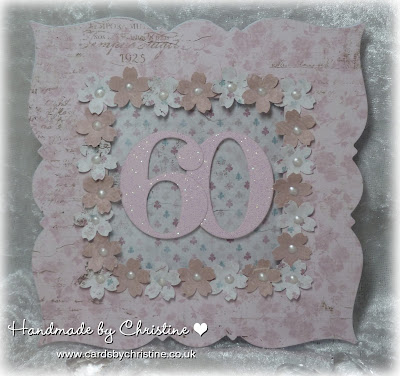 I cut a card base with the Go Kreate Die (Frilly #7) then I cut the same shame from Pion paper to cover the base.  I cut a square aperture with a nestie...  then used acetate for the infill.  I used my PTI number dies on glitter card for the age...  and adhered them to the acetate.  Then all I used was a small flower punch (think it's Woodware) for the flowers which I shaped..  and a Cosmic Shimmer glue pearl for each centre. 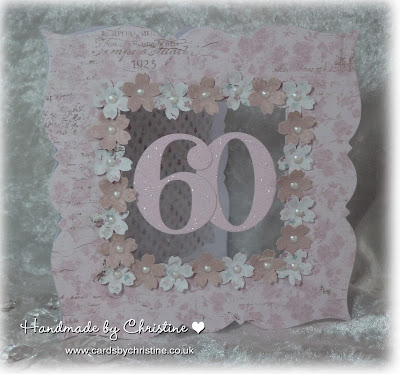 I did a smaller GC die cut for the inside... same shape and just used the back of the double sided Pion paper - so when it's closed, it still looks pretty!