Can you believe it? There is no fairy on this card..... 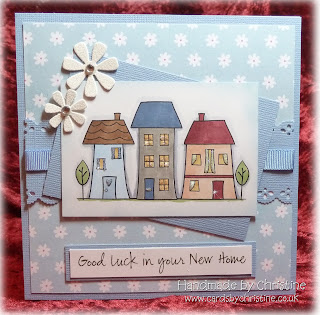 Well - it was a forced issue really.... my daughter wanted a New Home card for a friend, so no fairy :(

But it was nice to do something different... and still have just a touch of glitter about it...  well I just couldn't resist... could I? 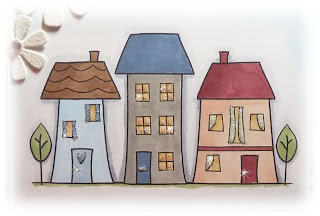 Image is Digi Stamp Boutique - coloured with promarkers and copics... computer generated sentiment, MS edge punch for band, grosgrain ribbon from stash...  and daisy background paper downloaded from Pink Petticoat.  Of course, a bit of bazzil, and a bit of glitter!  Simples, and a nice change!

I bet you thought I'd been MIA just lately - but I've just been quite busy and although been commenting, not actually getting around to making anything!  We went to see the Wizard of Oz in London on Wednesday (staight comute from York to Kings Cross - no stops).... saw the matinee, had dinner, then came home!  And what a show!!!!!!!!!  I was like a child in toyland....   Michael Crawford as the Wizard, and the girl who won 'Over the Rainbow' as Dorothy!  The effects were magnificent, and I had to be forcibly held back from trying to make a grab for Dorothy's red glitter shoes, ooooh and Glinda the Good Witch's dress....... which was sparkly glitter from top to bottom!!!!!!  JUST MY TYPE OF THING!!!  But Barry and my daughter Emma held me back.....  wahhhhhhhhhh!!!  Ah well....


﻿ ﻿
Hope you've all had a lovely weekend.... thanks for bearing with me during this L-O-N-G post!
Happy Crafting 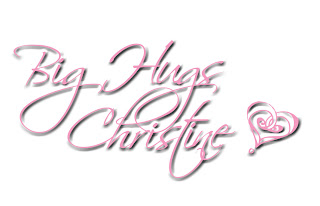